Police get funding to use dashcam evidence 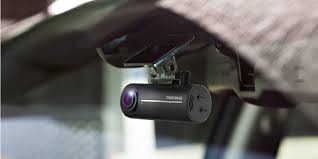 Police get funding to use dashcam evidence

The Government has released plans to improve road safety – and this time, they’re raising the profile of dashcam evidence as measures to combat road rage, encourage more mutual respect between road users and protect the vulnerable.

In a report released by Fleet News, they say that, “Councils will be given powers to tackle dangerous parking in mandatory cycle lanes, and will also be encouraged to spend around 15% of their local transport infrastructure funding on walking and cycling. As part of the action plan, a bespoke new back office unit will also be set up so that police can analyse video evidence submitted by the public.”

We have recently been inundated with queries about best options when it comes to dashcams and recording equipment. And it appears that dashcam awareness is about to get a whole lot more interesting.

The initiative launched by the Government builds on the success of Operation Snap – a successful programme first piloted by North Wales Police in 2016 – and will allow police to handle video and photographic evidence submitted via dash cams.

It’s clear that the focus is road safety – and improving it. There is a distinctive focus on protecting vulnerable road users such as cyclists, pedestrians and horse riders.

In the areas where we operate – our roads are shared, daily, by all of the above – and being able to co-exist amicably is becoming paramount.

Fleet News also writes, “The Department for Transport (DfT) will also appoint a new cycling and walking champion, to ensure new policies meet the needs of road users across the UK, and will host a new 2019 Bikeability Summit encouraging businesses to promote cycling and walking schemes to their employees.”

The Department for Transport will also be working closely with courier and delivery companies to review incentives for drivers who undergo training in driving safely alongside cyclists, pedestrians and horse-riders.

The trouble with DashCams

It’s easy to pick one up at your local service station or supermarket – but unfortunately, what many users don’t realise is that evidence submitted requires a certain amount of detail. There will be situations when you need to clearly be able to identify a user’s position on the road, their registration plate number, or any other identifying factors that could be used as evidence. And that’s where many cheaper, budget cameras simply don’t stand up. The worse thing is that for users who have the need to use that critical information, it’s simply too late to realise that they should have bought a higher standard.

That’s why we sell the Thinkware Camera range.  Forward-facing, rear-facing, wifi enabled, internal or external – get in touch to discuss your requirements – and let’s get you, and your vehicle, protected today.

Katy has supported Motorsparks since its inception in 2012 and is responsible for the marketing, sales and accounts part of the business. 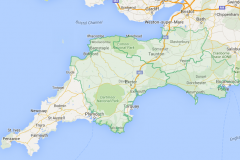